This week we have been gripped by Clockwork by Phillip Pullman. Mrs McGettrick has introduced DADWAVERS! as a way to structure descriptive writing. We have written descriptions of Dr Kalmenius, a character who appears within the story. He is sinister and harsh - do you think we have captured his personality?

The crescent moon leaned over the sinister graveyard. He leaned gently on the tombstone while looking at his blueprints for his next experiment. "I wonder what should be my next move?" he said to himself. At the graveyard, he stood. He planned his experiment quietly. By Rory.

The menacing full moon hung over the graveyard with tombstones belonging to the lifeless bodies underground. Creak! The stiff gate was opened with a light push by the mysterious Dr Kalmenius. "What happened to you?" murmured Dr Kalmenius as he sat silently in front of a tombstone. Next to him was an eerie red sledge that he pulled along side him. Quietly, he pulled out his little notebook. By Dior.

Our Achiever this week was Ollie, who has been our geography expert on the countries of South America! Well done!

Congratulations to Rory and Dior, who have been voted as our class representatives on the School Council.

I am so impressed by everyone'e efforts this week - Year Five have excelled themselves! They have researched influential people from the North East and debated who would be the worthiest winner of 'The North East's Got Talent'! After deciding that the winner would be Lord Armstrong, we then set about writing and performing a short sketch which we would perform in front of four other schools at Walbottle High. Thank you to the parents who came along to watch our performance - we hope that you enjoyed it! For those of you who couldn't make it, we look forward to seeing you next time.

Our Achiever this week is Jack. Well done!

Welcome back Year Five! What a great start to the year we have had! Everyone looks so smart in their new uniform and ties. Everyone is settling in to new routines and are adapting to life in Upper Keystage Two.

Some things to remember:

Wednesday - Change Home-readers and individual reading records (bookmarks). Please ensure that you read at least three times and ask an adult to sign your record. If you read something other than your school book, you can add this on to the bottom/back of the bookmark.

Friday - Homework due in.

On Thursday, we investigated which biscuit was the best for dunking: rich tea, malted milk, hob nob, digestive and ginger nut. We found that a digestive beat the other contenders, so something to think about next time you dare to dunk!

We are making catapults in Science Week. We've built them today and we need to test them and make adjustments tomorrow. Check back in to find out who has the winning sling shot! 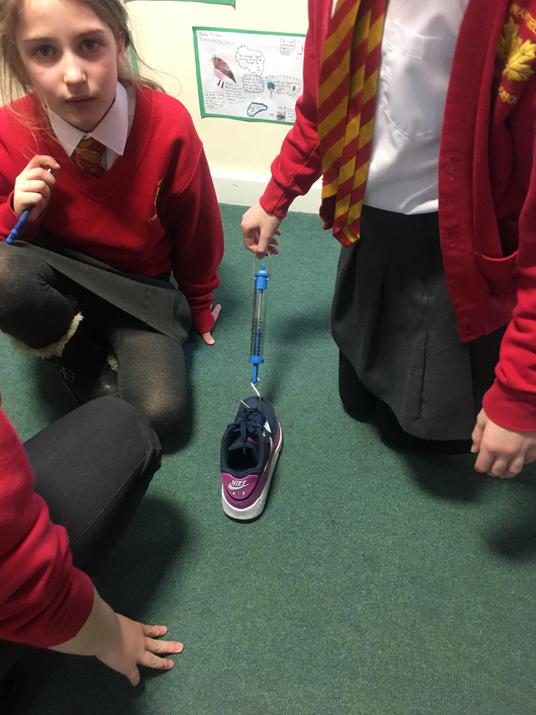 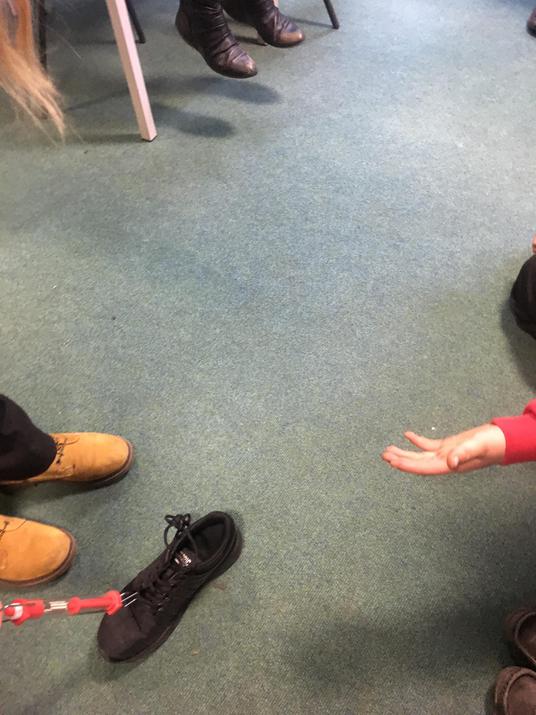 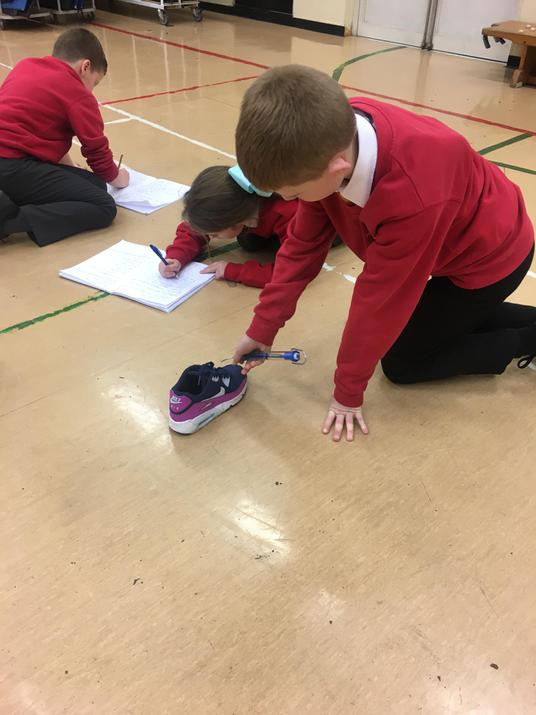 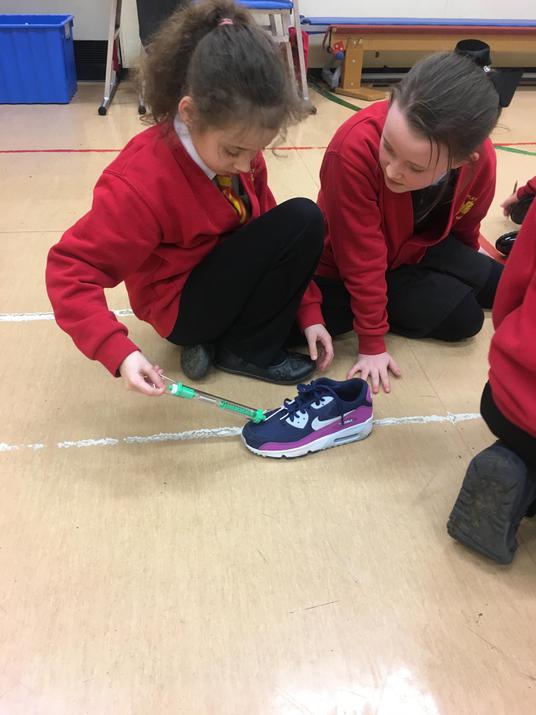 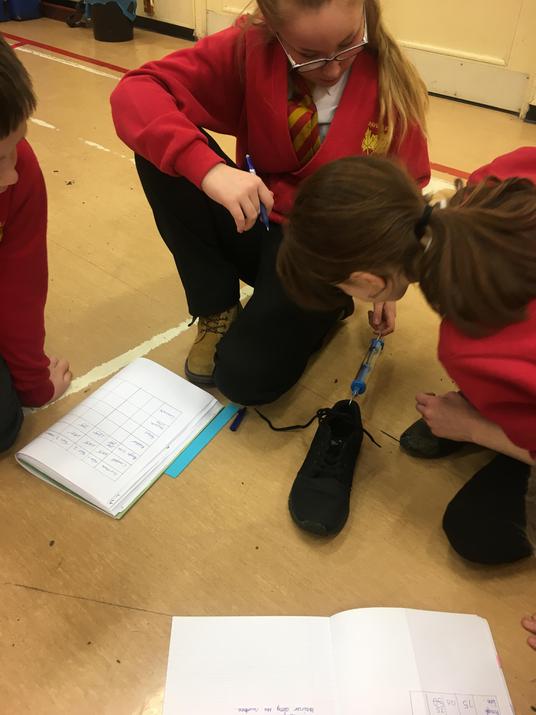 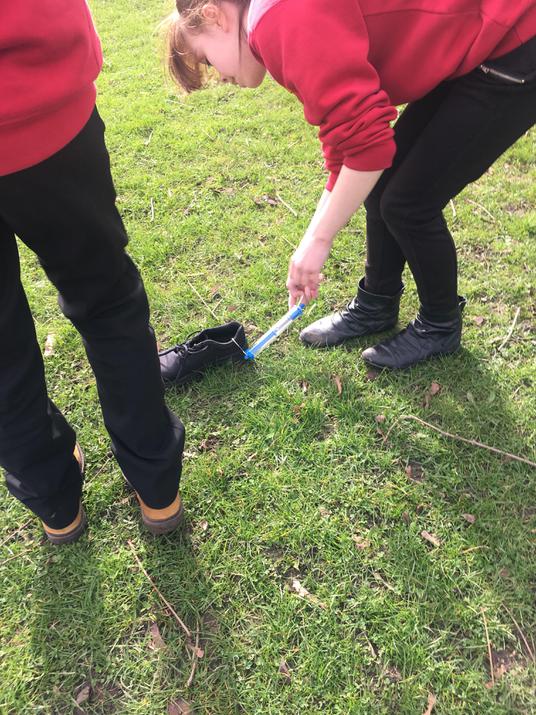 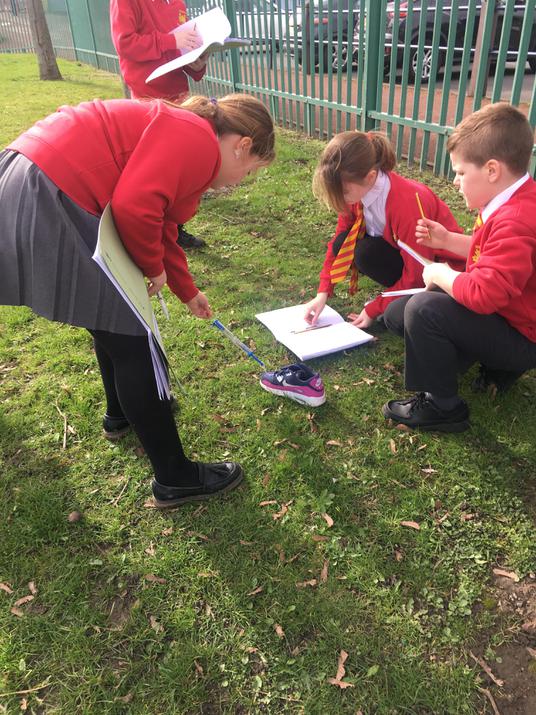 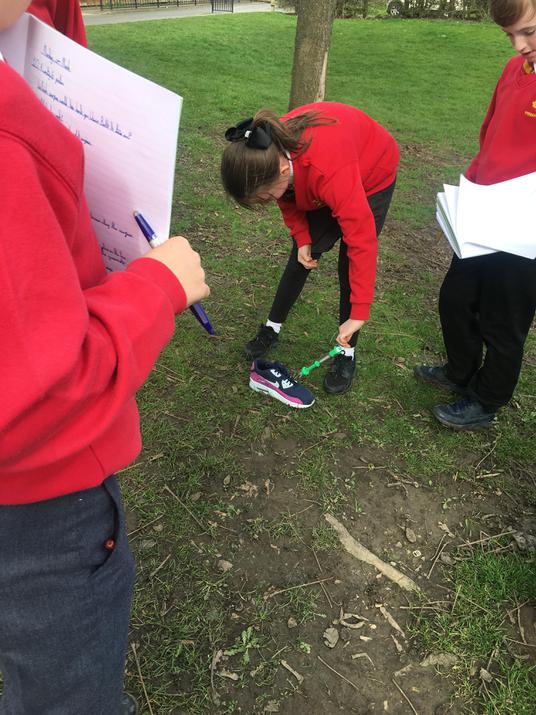 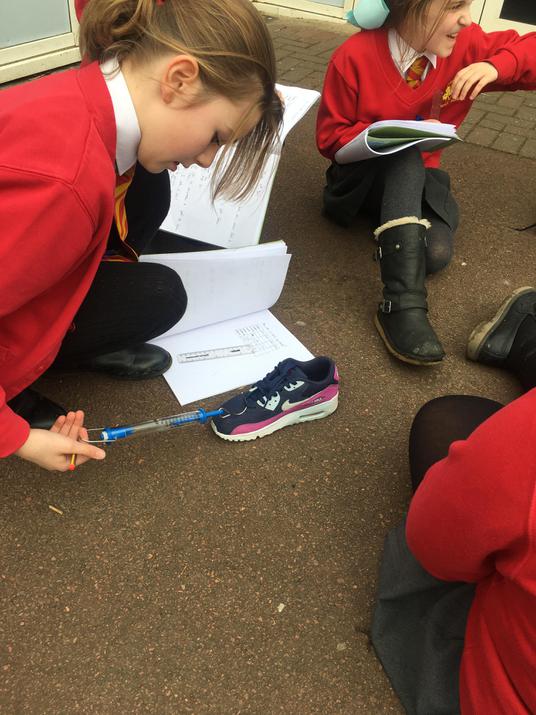 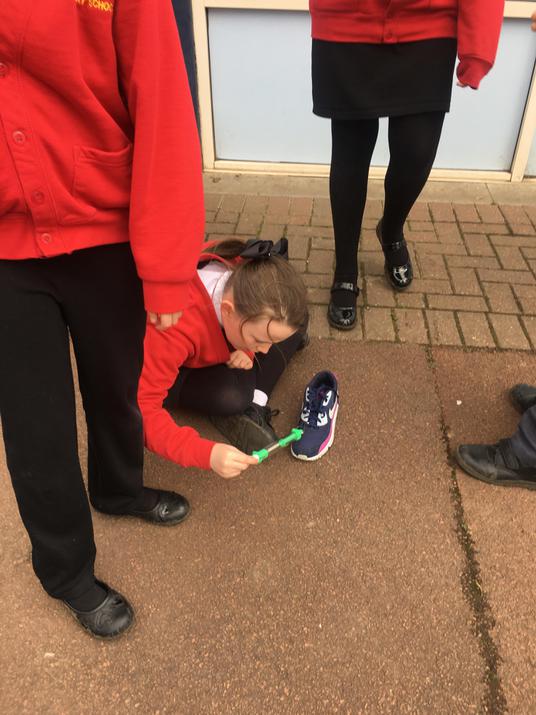 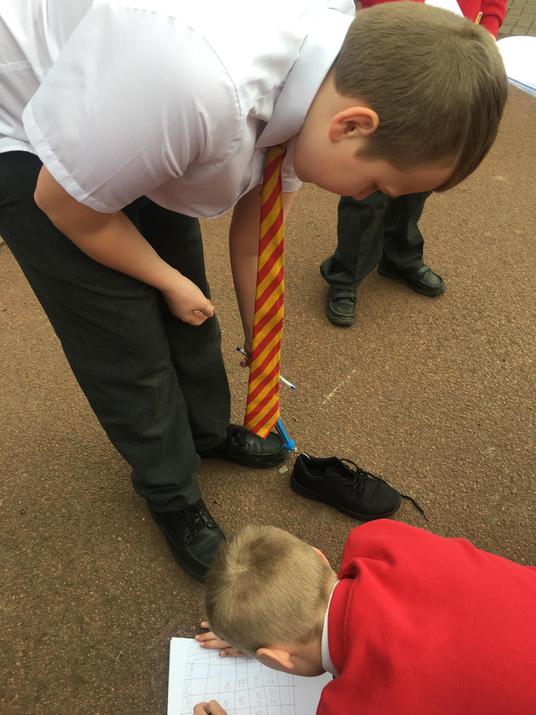 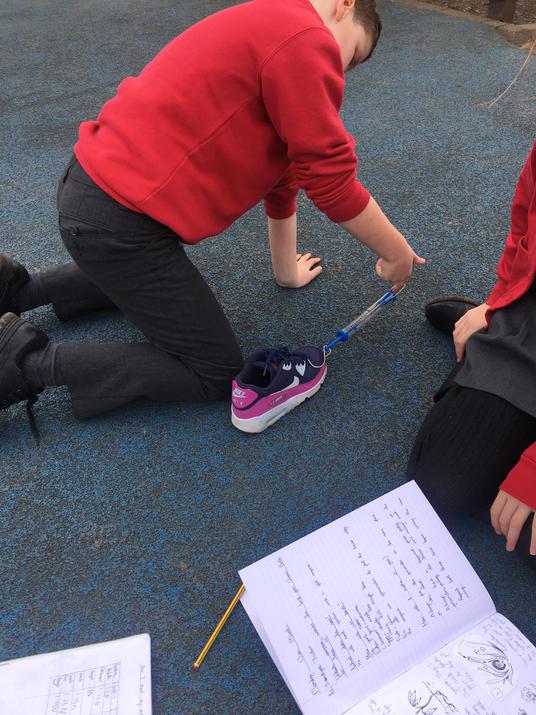 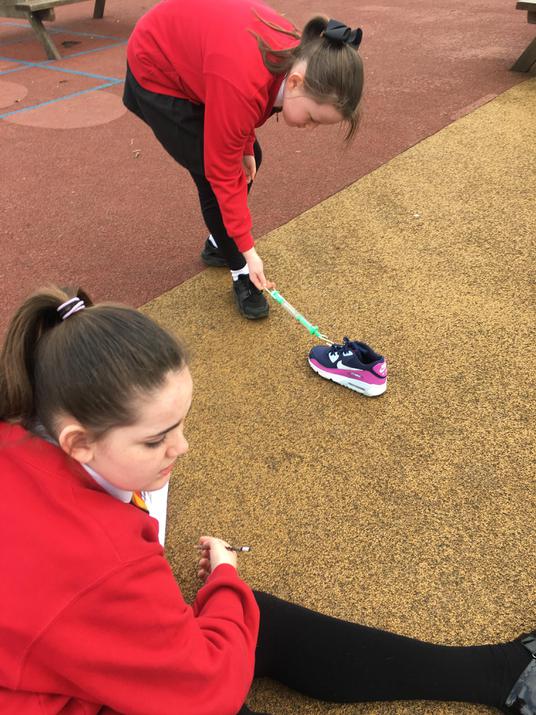 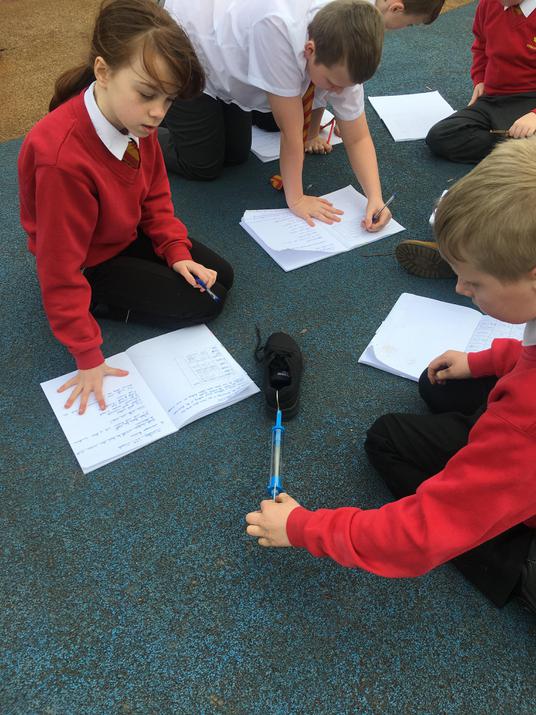 Day one of Science Week, saw us helping out an Olympic athlete! We'd received a letter from the one and only Usain Bolt, he needed our help to work out which surface he was better off training on. He needed lots of friction to provide good grip to the floor. We tested many different surfaces before making our recommendations. We used forceometers and recorded our results clearly. We tested each surface three times and found the mean average for each set of results. Getting maths in too, check us out!

Danny from Kidscape came to talk about bullying.
Kidscape

We used magnifying glasses in Literacy this week as Year 5 were getting up close and personal with The Spiderwick Chronicles. Upon close inspection we realised we could see so much more that we initially thought about the illustrations. It gave us much more food for thought and encouraged us to ask more questions.