We all got dressed up for red nose day. Have a look at the pictures in the gallery at the bottom.

This week we visited the Hindu Temple on Westgate road. We met Kirtida there and she told us all about the gods and goddesses in the temple. She showed us how she says her prayers with the puja tray. We liked dressing up and getting a bindi on our foreheads. You can see lots of pictures on the News section of the website.

This morning we made banana lassi drinks, another Indian specialty. Most of us sampled them and thought they were delicious. We had lassi moustaches after drinking them! In science we have been investigating air resistance. Last week we raced across the yard in different hats to see which was the most streamlined. This week we made parachutes from bin bags. We tested them in the gym by climbing up the wall bars and letting them float down. The best ones floated slowly down in a straight line.Look at the pictures down below.

This week we had India Day when we learned more about the culture in India. We smelled different spices crushed in the pestle and mortar then we tasted all kinds of Indian food. The sweet barfi was very popular, so was naan bread dipped in korma sauce. After lunch we made a giant collage of the Taj Mahal which is now on the wall outside our classroom. An Indian artist called Mrs Raj Rani came into school to help us. She also taught us the numbers from 1 to 10 in Hindi. Look at the pictures in the gallery.

We have reached the end of a very snowy week. Everyone had great fun playing outside. In science we experimented with shoes to see which had the highest friction on the snow. We tested our wellies, trainers, boots and slip-ons using forcemeters. On some tables wellies had the most friction but on other tables it was the trainers. We had a lot of wellies to choose from this week! On Friday we enjoyed reading picture books and magazines with our friends as you can see in the photos below. In the afternoon we all watched Sleeping Beauty and had lots of fun singing and shouting out. Our favourite song was Silly Billy style!

We have had a great start to our India project this term. We have been reading Indian stories, learning about the Indian countryside and finding out about the hindu gods and goddesses. Later in the term we are having 2 visitors, an Indian artist and an Indian dancer, both coming to work with us. We are also going to visit the Hindu temple on the West Road. More details later.

Lower KS2 have been looking closely at Indian culture and traditions.

The elephants were decorated in the Indian traditional way.

We also made sculptures of the elephants. 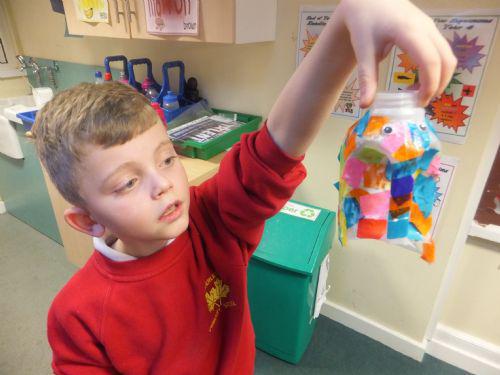 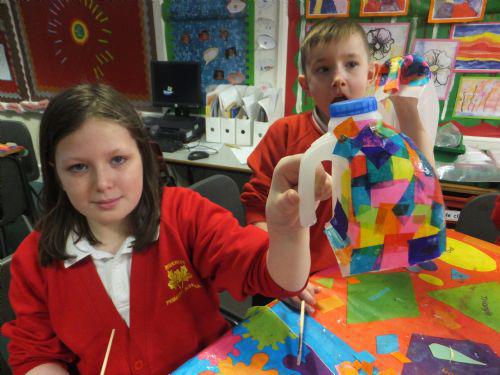 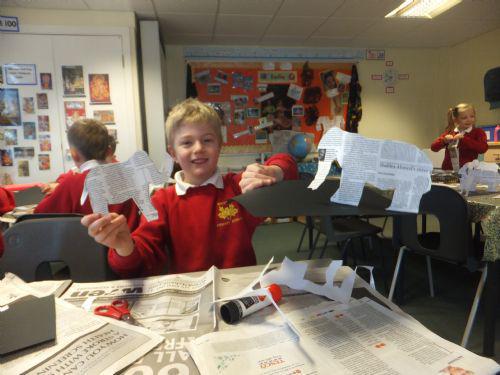 We also made our own wallpaper. 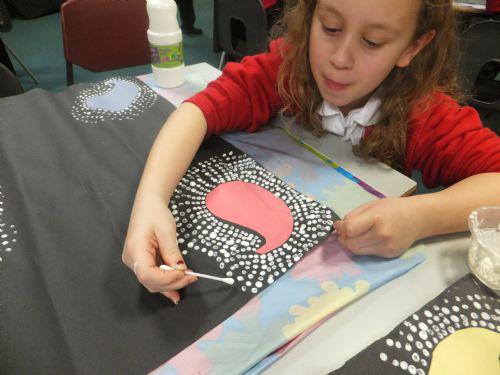 We then started tasting Indian food. 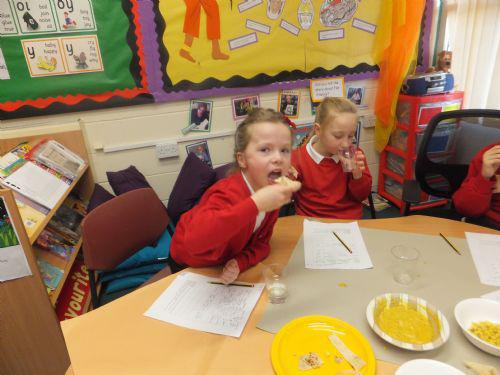 We recorded our opinions. 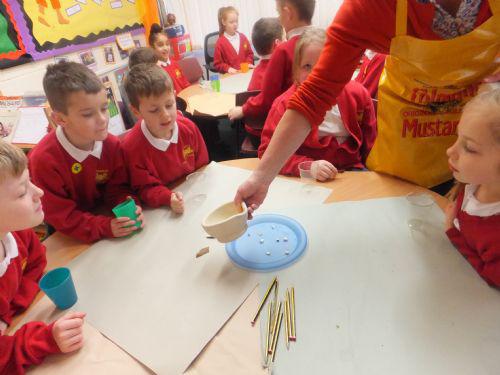