Today is Safer Internet day. We have watched videos and discussed how to keep ourselves safe online, acting out different scenarios.

The children have written command sentences to tell a friend how to be safe online.

How do you stay safe online?

This week we have been learning about Chinese New Year. We have read the story of The Great Race and learnt why each year is named after an animal. 2019 is the year of the Pig. The children have written non-chronological reports about Chinese New Year Celebrations and practiced writing Happy New Year in Chinese!

This week we have continued our work on China, finding out more information about different landmarks and major cities. On Thursday the children took part in The Great Wall of China Challenge! They were asked to plan, draw a model and choose a material to build a model of the Great Wall of China. They were given 20 minutes to build their wall and each groups was then measured to see who had built the longest wall. The longest wall was built by Josie, Amelia, Amelia, Amelia-Mae, Pearl and Nancy. At 11m 67cm. Well done Girls!

The Great Wall of China Challenge 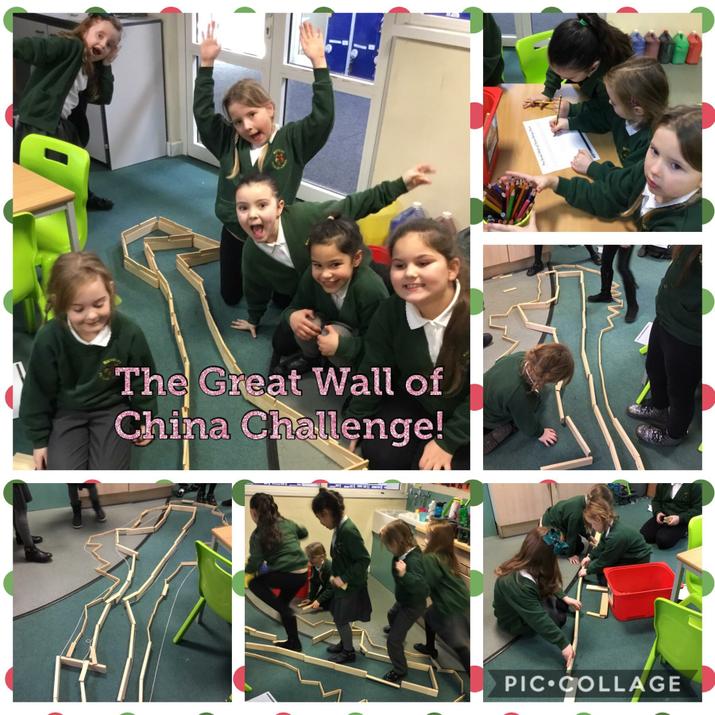 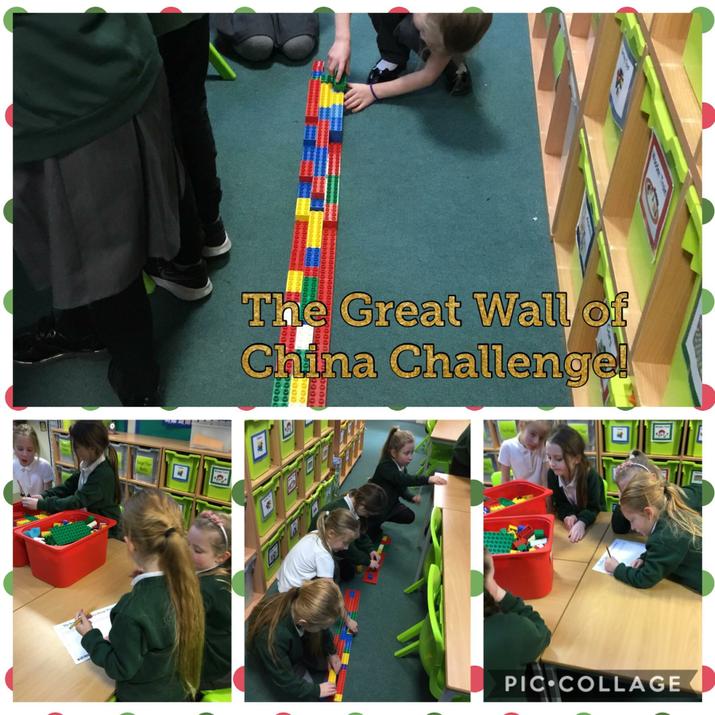 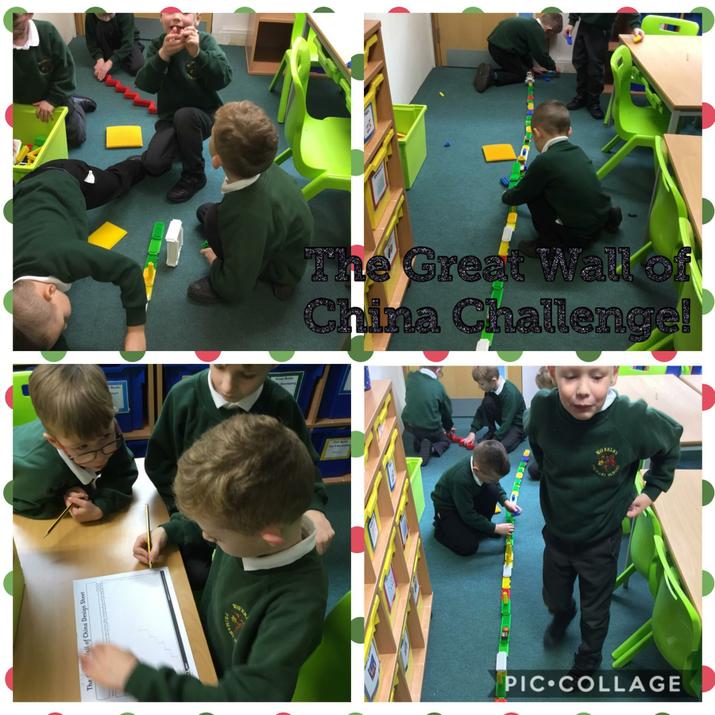 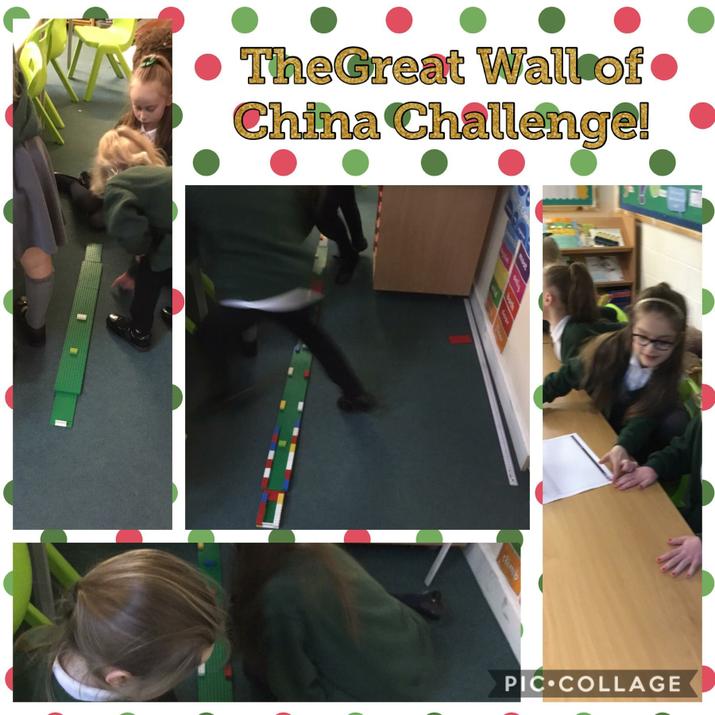 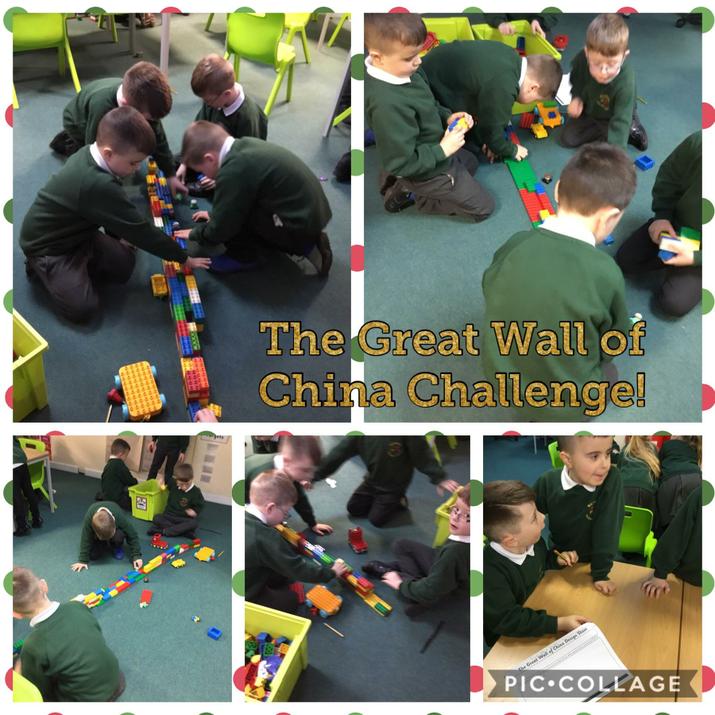 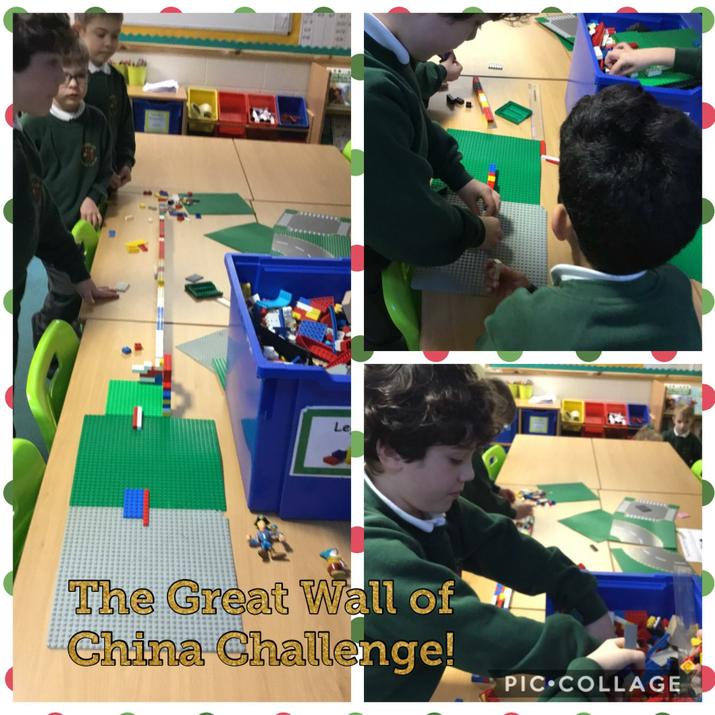 This week we have read the 'Magic Paintbrush' by Julia Donaldson. We have used atlases and google earth to locate China. We have found out about major cities, rivers, seas and famous landmarks in China. The children have begun to make their own lap book about China. 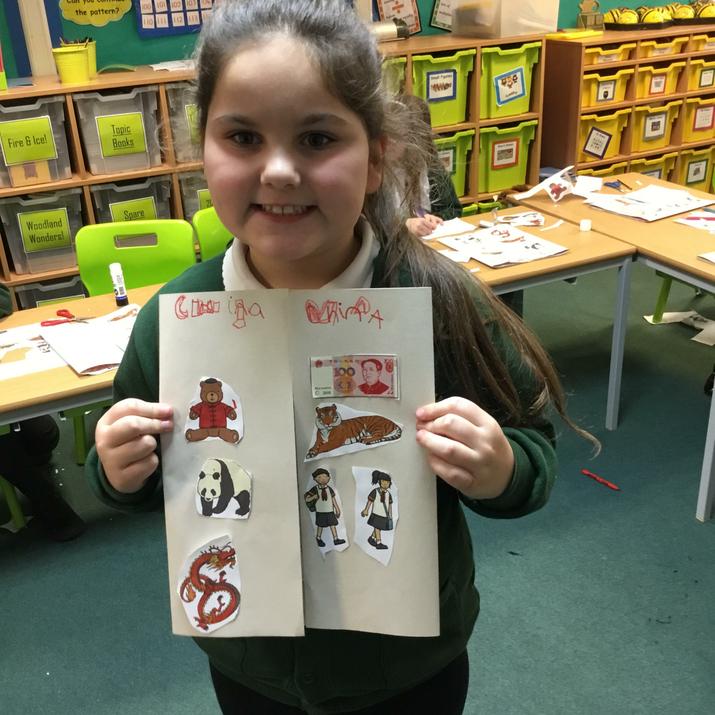 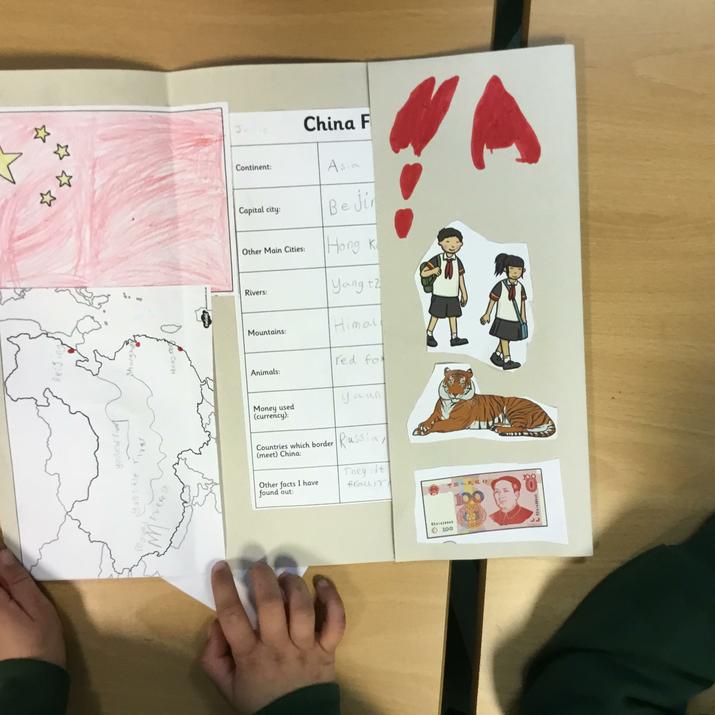 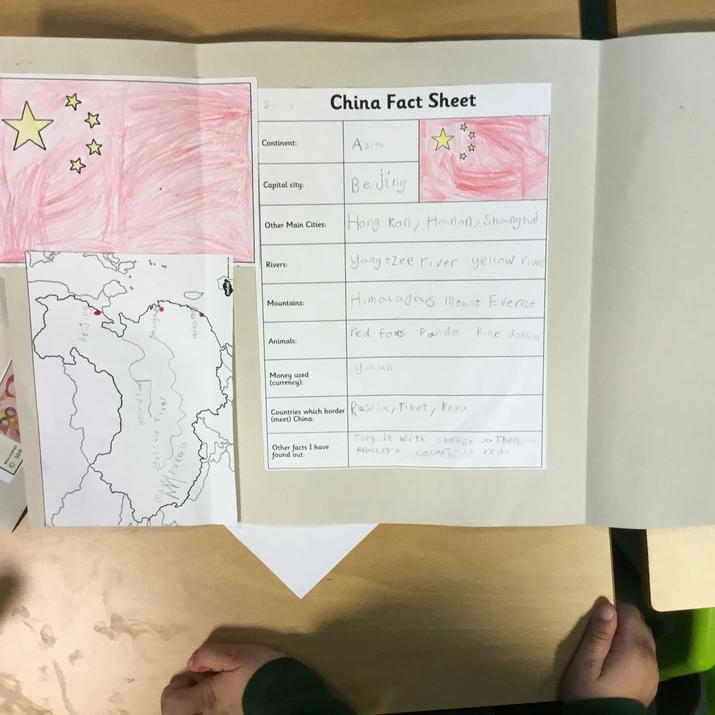 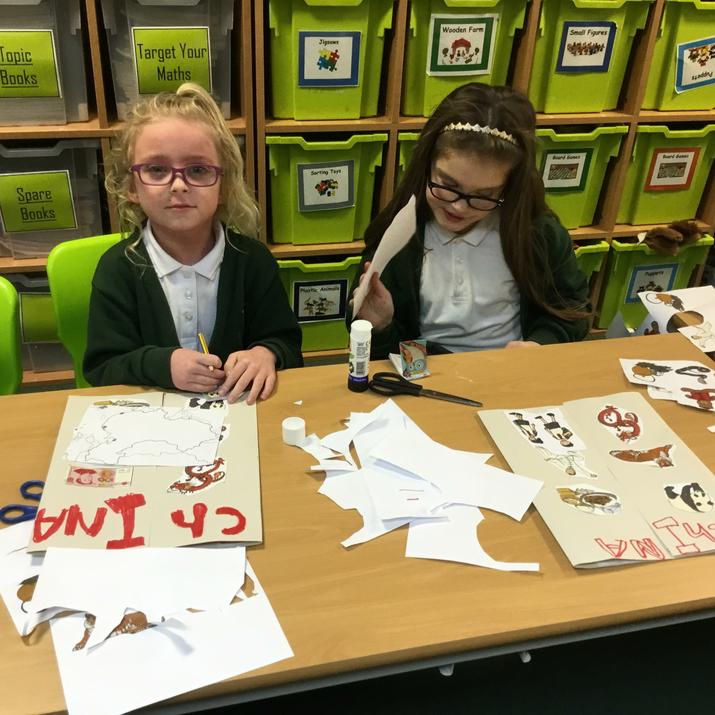 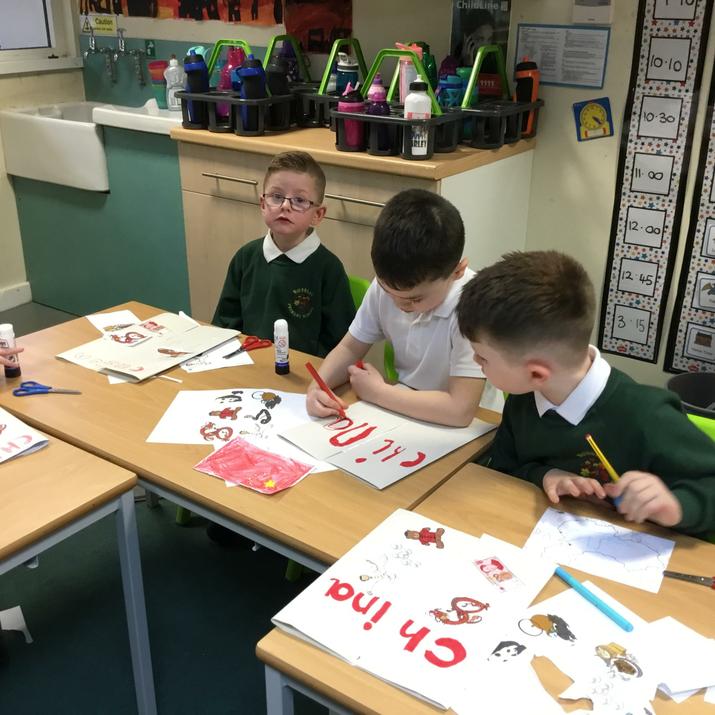 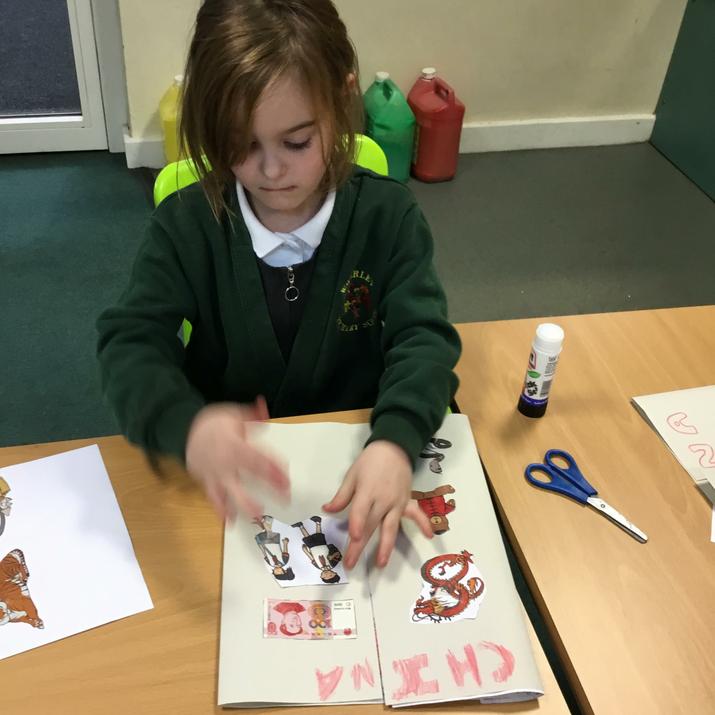 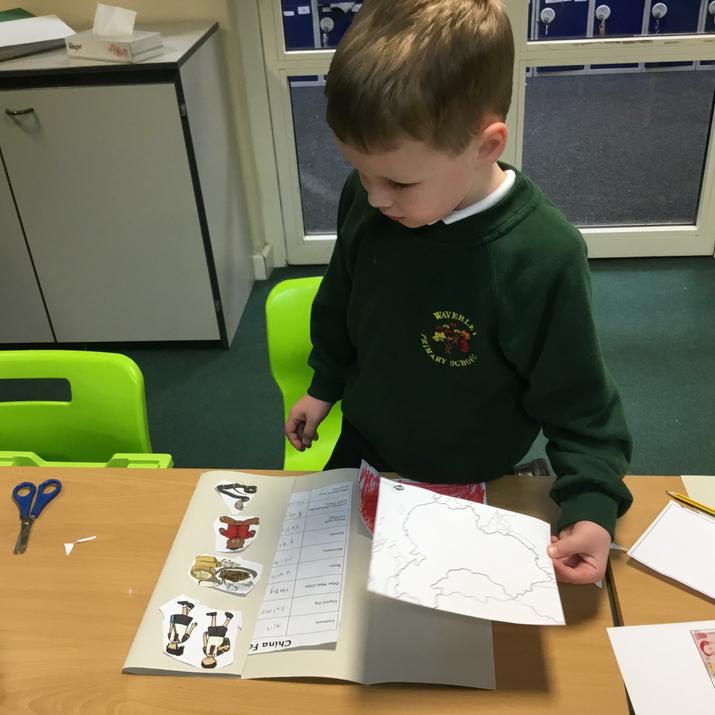 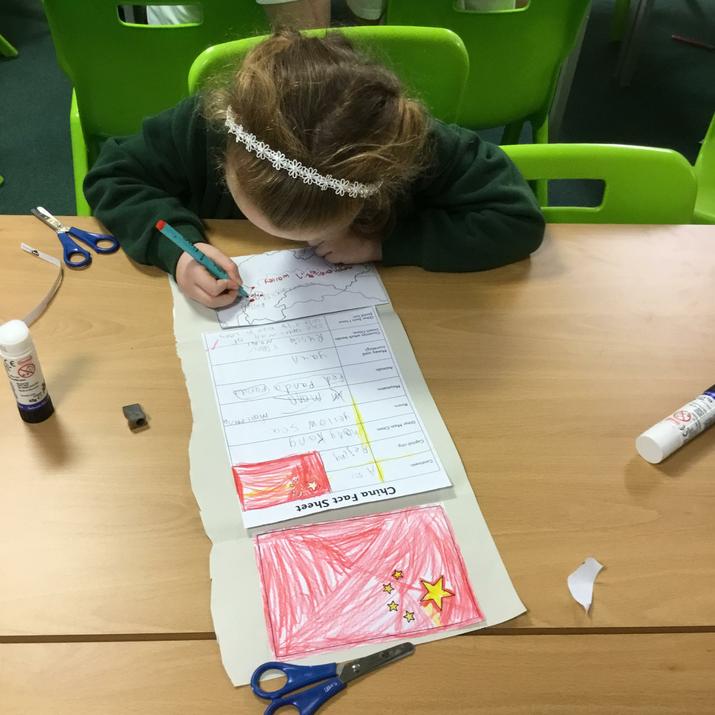 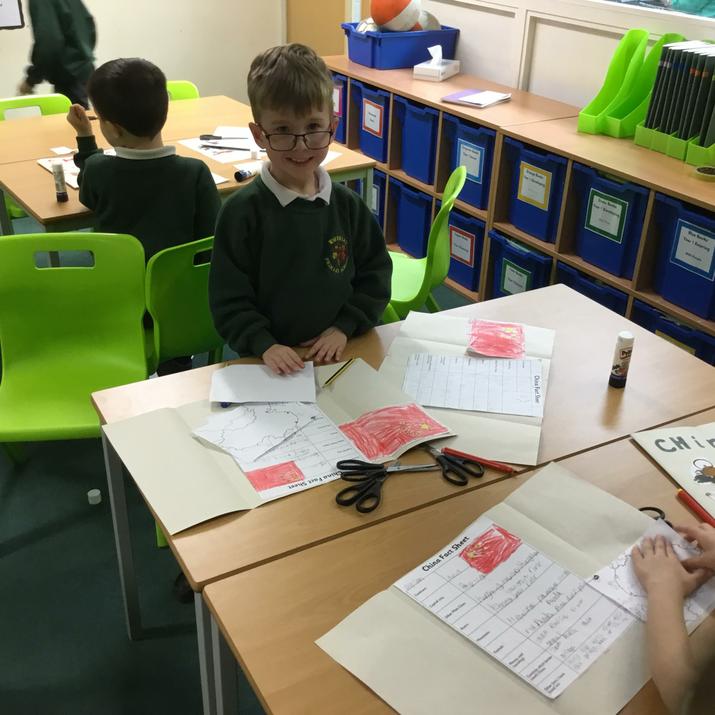 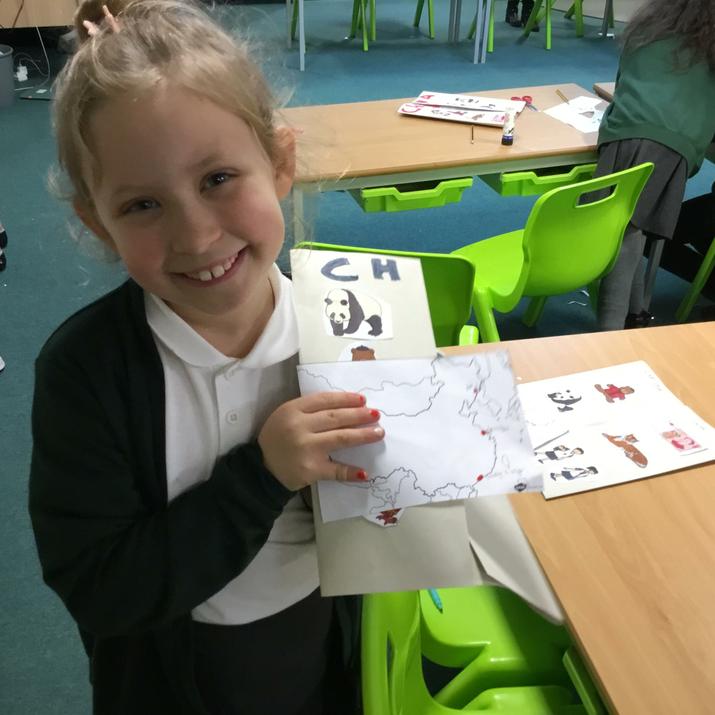 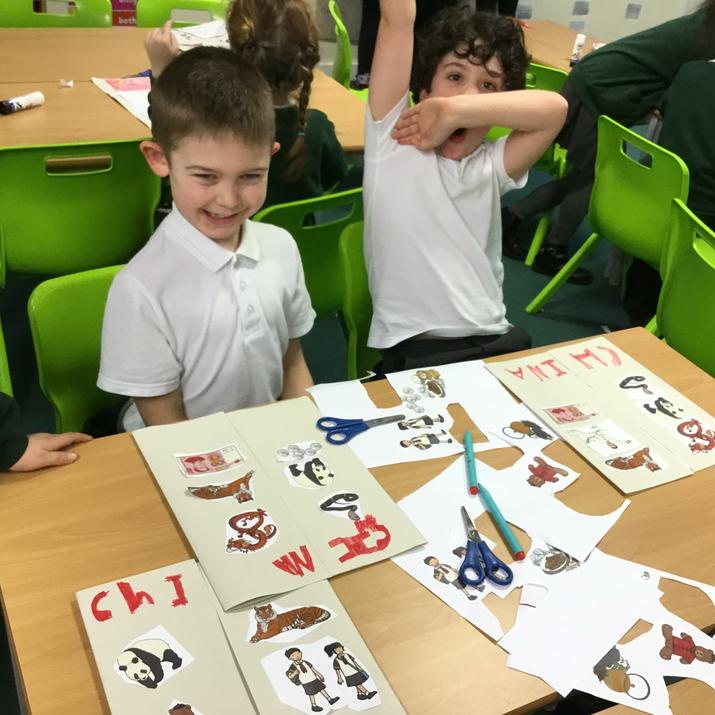 This term our topic is called 'Let's Go To China.'

We will be reading stories that originate from China. In Geography, we will be learning about China, and comparing geographical features with the UK. We will be building map skills by using atlases, world maps and google earth. In history, we will learn about the Great Wall of China and the terracotta army. In Science, we will be learning about living things and their habitats and what animals, including humans need to survive. In RE we will learn about Chinese New Year and begin to look at bible stories.

I hope that everyone had a Merry Christmas and a Happy New Year. Thank you all for the lovely cards and gifts I received. I hope that Santa was good to everyone.