Y5 have been busy this week - we have been learning how to subtract whole numbers larger than four digits using a column method, found out about the amazing Andes in geography and completed our adverts to persuade Abdul the Skinhead’s crew to visit our very own pirate island.

Megan from Northumbria Police came in again on Thursday to talk to us about rules and expectations. We listened to each scenario and discussed each person’s situation in order to empathise with them. Well done everyone - you considered each problem and thought about why each person behaved in a particular way.

In RE lessons, we have looked at different places of worship, in particular, Christian buildings. Last week, we studied the features of an Orthodox Christian church. On our visit to Holy Saviour at Sugley on Friday, we identified the key features of the Anglican church and compared them to the Orthodox church. 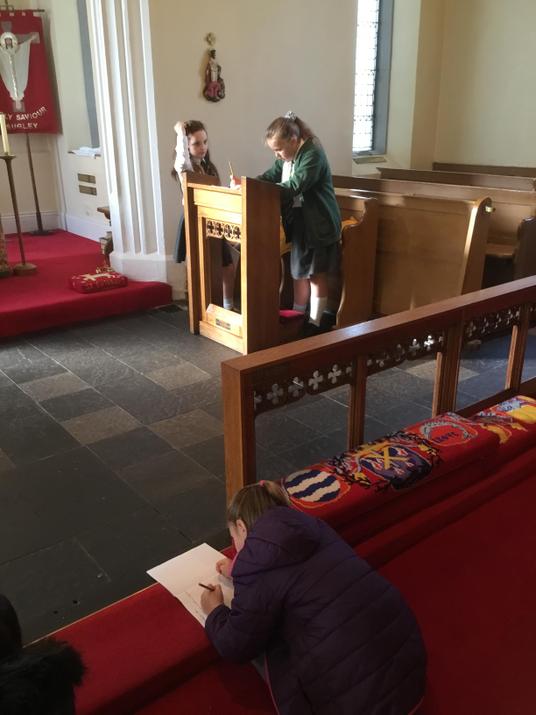 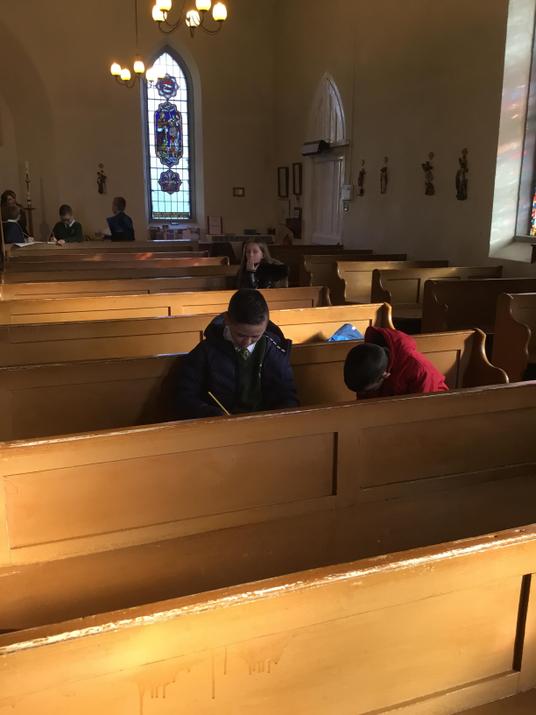 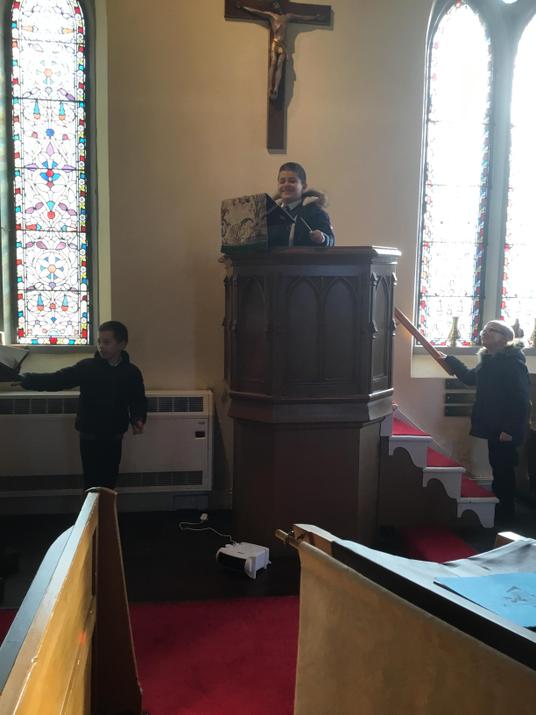 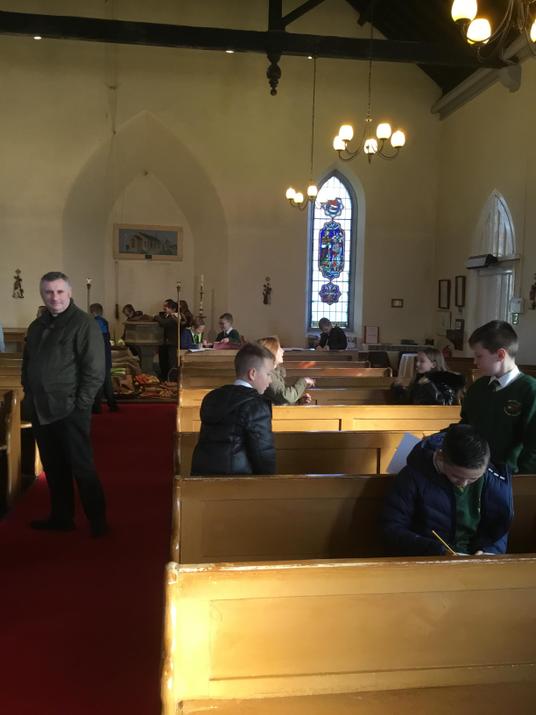 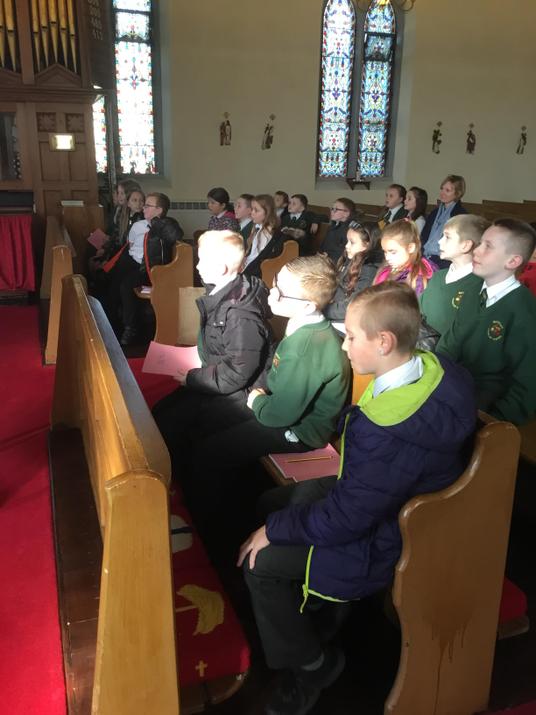 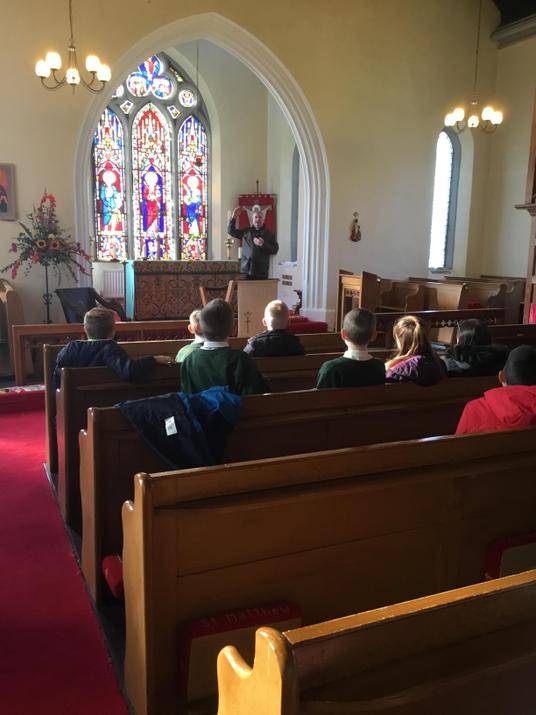 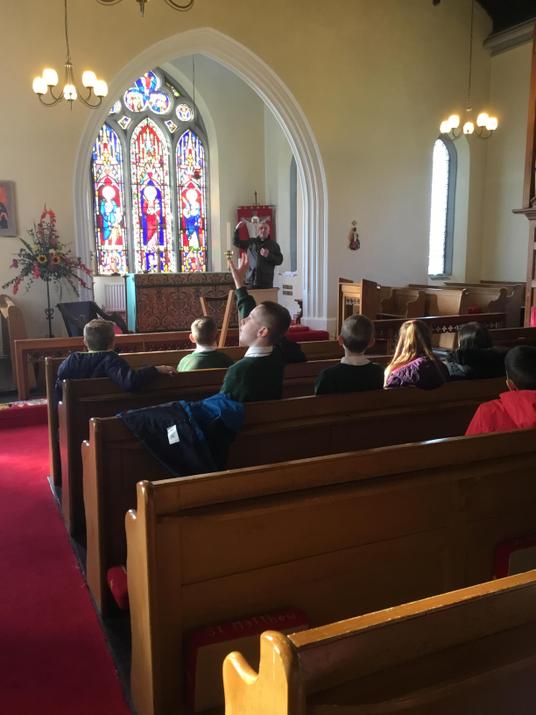 We have focused on negative numbers this week in our maths lessons. We reall y enjoyed playing Tug Harder, a game where we have to count forwards and back through 0.

Rob from Zoolab came to visit us too - he brought in lots of animals that we would see living in the rainforest. We loved meeting Tillie the tarantula, Turbo the Giant African snail, John the dart frog and Matilda the millipede. Everyone listened carefully to Rob as he told us about each creature and he was impressed by the interest that we showed. We were very brave and stroked, held or just looked at the animals. Well done Y5! 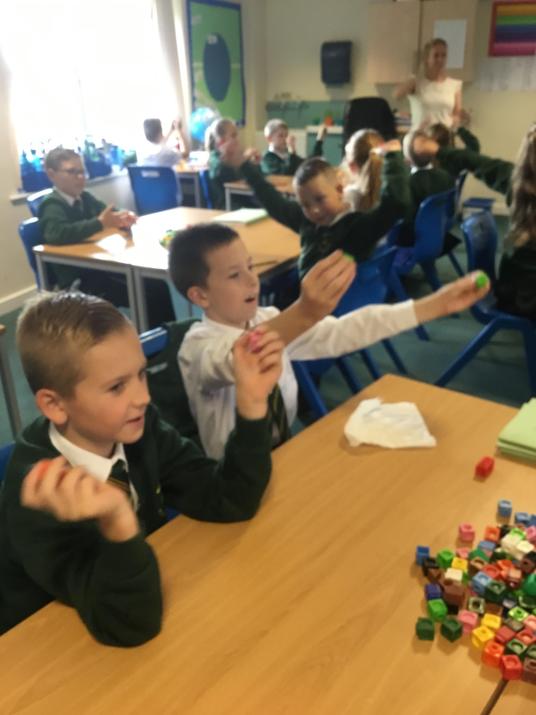 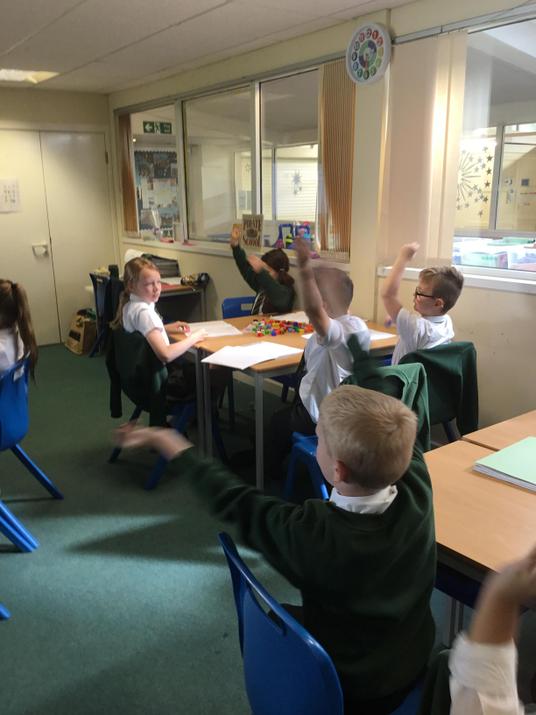 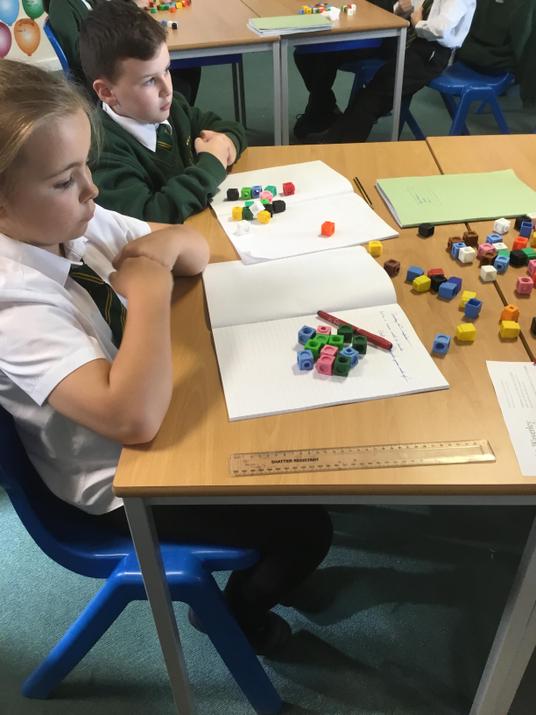 This week we have been learning the particle model in our Science lesson. This is an idea to help us understand and explain the particles within states of matter. We will be using this to explain how they change when heat energy is applied to them.

We learned that all things are made from minute particles that have energy. The more energy they have, the faster they move. Here we are using our hands and multi-link in order to show how the particles move in a solid, liquid and gas.

We have had another great week in Y5. Today we have had a visit from Mr Thompson, who spoke to us about his job as a submariner in the Royal Navy. We were excited to hear about his travels around the world, particularly off the coast of Somalia, in his submarine. We learnt about modern day pirates and compared them to the pirates from Jolly Roger.

This week we have been writing limericks in our English lessons. A limerick is a five line poem - lines 1, 2 and 3 must rhyme and lines 3 and 4 should have a separate rhyme pattern. We had great fun trying to create funny poems - many made us laugh out loud! We hope that you enjoy some of our examples:

There once was a boy named Ben,

He locked it in a cage,

But it had to be a certain age,

In order to be named after his uncle Ken! by Thomas and Ava.

There once was a man called Ben,

Who an imaginary hen,

He thought he was a dog,

And sometimes a frog,

And now he lives in a den! by Craig and Daniel.

There was a young man named Daniel,

Who had a dog called Spaniel,

It fell on the floor,

And broke its front paw,

And the vet fixed it with a manual! by Daniel and Thomas.

What a busy week we have had! We have investigated visual and number patterns in maths. In  our science lesson this week, we have tried to find out which biscuit was the best for dunking in tea! Most of us found that the oat crumble (hob nob type biscuit) was the best, as it lasted the longest before crumbling! Happy dunking Y5!

Reading books need to be in school every day please.